How A Series Begins

As many of you know, I have been recovering from a late March neck surgery (ACDF, Levels C5-7, if it matters.) I'm doing pretty well, well enough, in fact, to move along in a series I began in early March, just before the operation.

For some unfathomable reason, I felt a strong desire to work again in oil. I also had this idea that I'd like to do some figure work, too. It's been a while, and I think all artists come back to the human figure several times over a lifetime, if indeed they ever leave it.

Several sketches and throwaway paintings happened. Here are a couple of them. 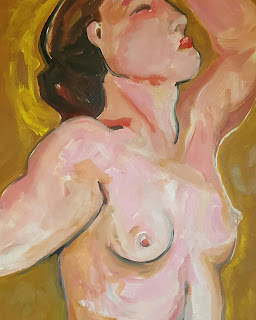 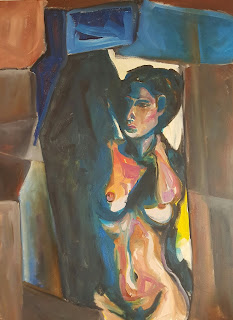 During all this, a thought came and wouldn't leave: why is fifty percent of Western art composed of variations, with varying degrees of sophistication and technical excellence, of the shower scene in Porky's? Can't a woman (or a barely pubescent girl, for that matter) take a goddamned bath without an entire hemisphere's worth of men and women leering from the bushes? Jeez, art people, what is up with all the peeping?

So I made this one. The figure has no face; she's just something to look at, like architecture. But she still seems pretty monumental anyway. I don't consider this a finished, exhibit-worthy piece, but there's something about this one that I started to like. 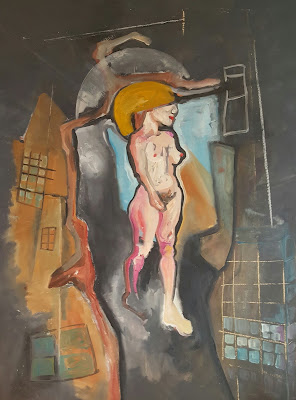 I decided, in the few days before I went to the hospital, that what I liked was the architectural shapes. The interaction of squares and line, the way elements of the painting came and went. So I abandoned the figures entirely. 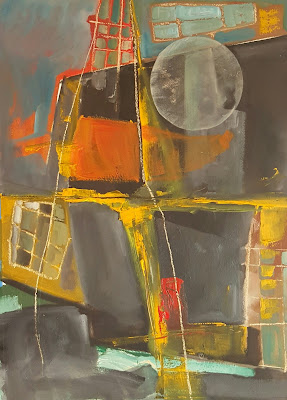 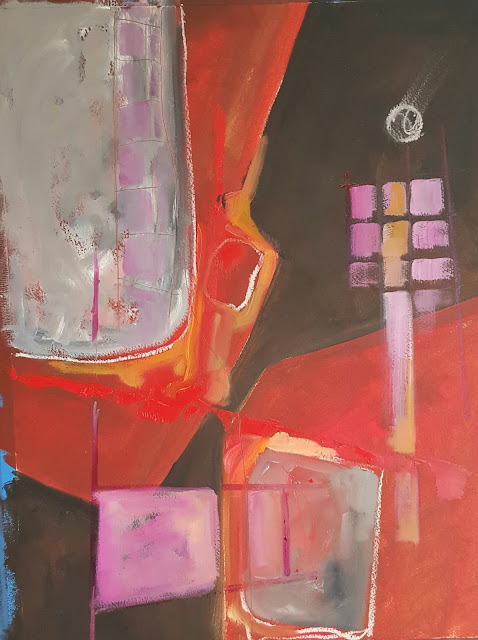 These are just cruddy phone pics with a quick crop; these paintings may not even really be finished yet. But this has been a new experience for me: I had to abandon my studio and leave a series just as it's starting to evolve.

"World On Fire: Abstract Paintings from the PNW" at Chase Gallery in Spokane 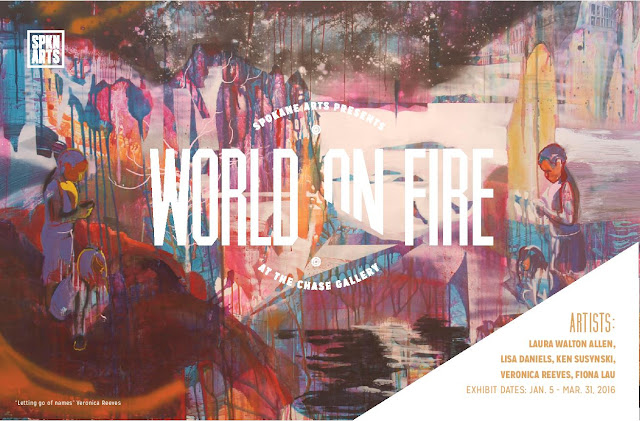 I'm happy to say that there are five new works from my "Planetary" series showing in Spokane this spring. "World On Fire," hosted by Spokane Arts, is up through March 30, 2016 at the Chase Gallery. 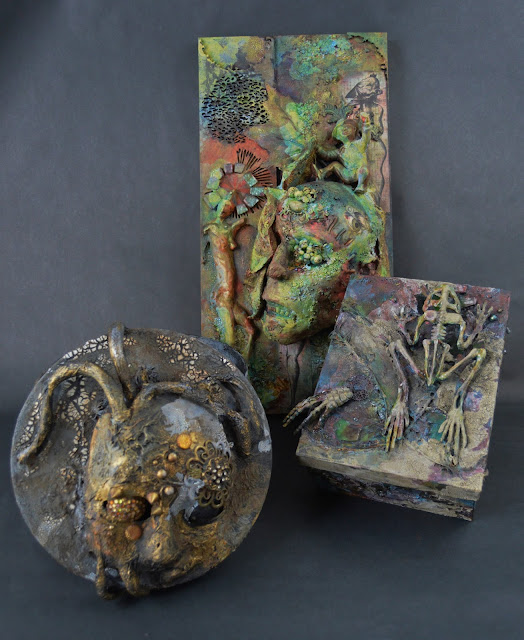 Materials will be gleaned from Seattle Recreative's awesome hoard, but you're welcome to bring along some of your own if they're meaningful to you.

Classes will run Wednesdays from 6 to 8, January 6 to 27 and then again from February 3 to 24. Here's a link for more info and registration.

...and more pics from the new series. 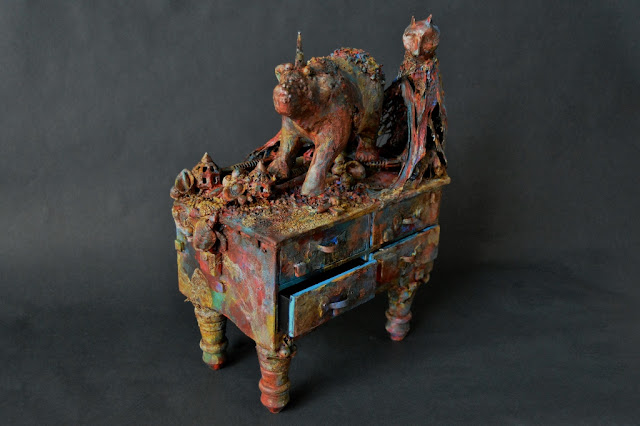 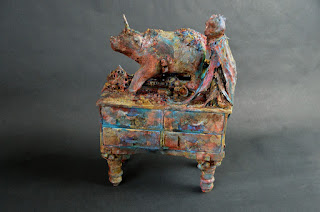 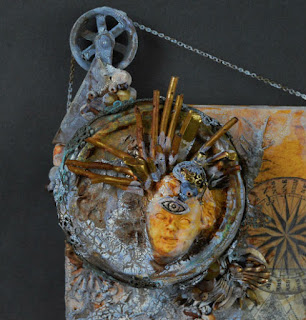 Posted by Laura Allen at 9:23 AM No comments:

"I have never listened to anyone who criticized my taste in space travel, sideshows or gorillas. When this occurs, I pack up my dinosaurs and leave the room." -Ray Bradbury, Zen in the Art of Writing